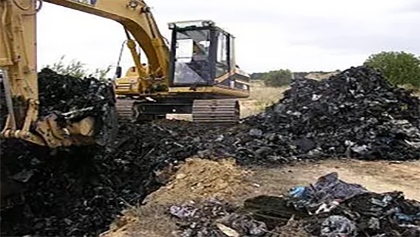 The project intended to study the landfill mining potential of the closed Moita dumpsite, in Palmela, owned by Amarsul, S.A. company. To study it was characterized the landfilled waste and the study of technologies to process mechanically waste. Secondary objectives of this project were:

To study this technique it was necessary to characterize the area where the dump is located, as well as the landfilled waste. To achieve this goal, it was conducted a campaign involving landfilled waste characterization and the amount of each component found.

This characterization and the information obtained through literature review made the definition possible of different scenarios for the final destination of those wastes. Three different scenarios were investigated on their economic viabilities using a model that allows to check the practicability of waste recovery that each equipment can process.

To study the possible recovery of Moita’s dumpsite through landfill mining, in terms of costs involved, possible revenues and technology needed.

A doctoral scholarship was granted by Foundation for Science and Technology. Amarsul has subsidized all the work from their collaborators and machines used.

Some objects found like newspapers and packaging waste were not decomposed, being possible to date the waste: 1987 and 1996. Most representative components are fines, followed by combustible material and inerts and stones. The amount of waste disposed estimated was around 900 thousand cubic meters, corresponding to around 700 tons of waste.

The best option found to recover the dumpsite would be the one including a mechanical-biological treatment unit, because it would allow a better material recovery. However, the operational cost would be considerable.